The sites on the UNESCO list of world cultural and natural heritage are the most valuable monuments, the most important old towns, the most beautiful cultural landscapes and the most breathtaking ecosystems and natural monuments in the world. It is for a reason that the international community has decided to protect them through international law. We cannot and do not want to imagine a world without them.

But more and more world heritage sites are threatened by development pressure, mass tourism, war, resource depletion, urbanization, climate change and investor projects, but also by neglect and mismanagement. UNESCO alone is powerless; it can only warn governments.

CIVIL SOCIETY WORLDWIDE MUST DEMAND THE PROTECTION OF THE SITES.

With our network of over 150 groups worldwide, World Heritage Watch ensures that the world heritage is not sacrificed to political compromises and economic interests. We support UNESCO in getting complete and correct information about the situation of the sites. And we help local people to protect their sites and to benefit from them appropriately.

The UNESCO World Heritage sites are not just the heritage of a people or a state, but of all humanity.

WE ARE ALL CALLED TO PRESERVE THEM AND PASS THEM ON TO THE NEXT GENERATIONS UNSCATHED.

What you can do 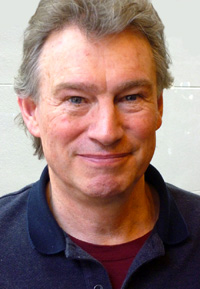 We are happy to introduce Rod Prosser, our representative for the Australia-Pacific Region. He will support us in promoting World Heritage Watch, extending the network, and fundraising. Over time we hope to find more committed individuals who will assume that responsibility in other parts of the world as well.

Rod is a New Zealand film-maker who has been making political documentaries since the 1970s. His New Zealand themes have included Maori sovereignty, environmental education, workers rights and the anti-nuclear movement. While living in Berlin in the 1990s, he made a number of documentaries for German television including films about the interdependent struggles for the environment, indigenous cultures and revolution in the Philippines, the history and culture of Rapanui/Easter Island, and American militarism in the Pacific. For most of his life, Rod has also been involved in solidarity work with peoples of the Third World (especially the Philippines) and has worked with NGOs in NZ and in Germany to support indigenous peoples, biosphere reserves and environmental activism.

World Heritage Watch must remain an independent organization. Without your support we cannot do our work for the heritage of all of us.

We are always looking for volunteers for different tasks.